Killer Hogs tent at Memphis In May

This past weekend was Memphis In May. It’s the biggest contest we do each year – by far – and it takes us weeks to prepare… not to mention an entire week out there setting everything up, cooking catering for private dinners and lunches and just entertaining in general. I’d be lying if I didn’t say that it is a lot of hard work that requires a lot of help from a lot of different people. Cooking butts (pulled pork) for private dinner at our booth

This year we decided to get a 2-story scaffolding structure and a river-side spot. It was a little extra money… but after being out there on the river with the view and the breeze, I believe it was worth every penny. 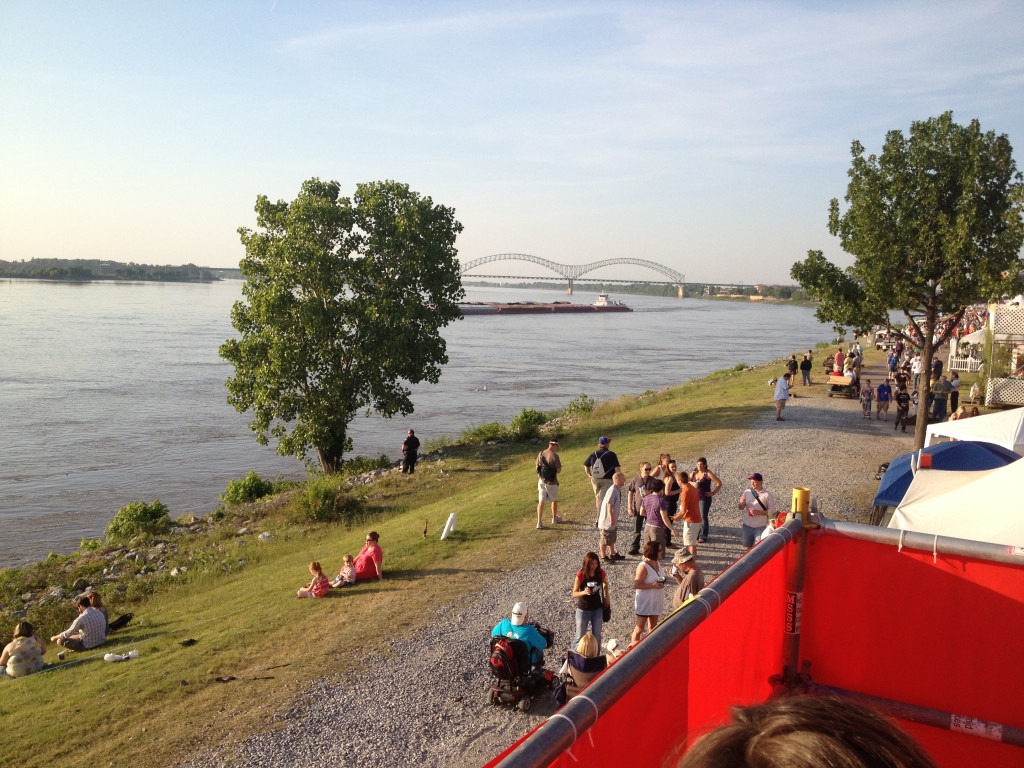 One of the best things about our spot was that we were next-door neighbors with Cool Smoke BBQ Team. That’s Mr. Tuffy Stone’s team – and Johnny Trigg was cooking with him all weekend.

All in all, I think it was the most successful and the best Memphis In May we’ve ever had. It just seemed to run a lot smoother this year, we felt like we had plenty of room (which is rare at MIM) and we even ended up with a little hardware. Here is a little video we shot on Friday that shows our spot and talks about our plans for Friday night… We were really happy with our Shoulders on Saturday and our on-site presentations. And we were hopefully for a call for finals. But we missed it by 10ths of a point. (you can get full results from 2012 Memphis In May here). And even though we didn’t get the grand we were hoping for… we celebrated our 4th place like it was 1st. Cause after all, it is still Memphis In May. We got a big trophy and we walked across that stage. Killer Hogs and the trophy

A little video we shot heading to the stage and accepting our trophy… And as fun as that was, now it’s time to look towards the next contest. It’s a KCBS at Variety Club in Memphis, TN… and it’s notoriously a very tough contest. Last year there were over 80 teams competing. And some of the big boys were there cooking, like several top 10 teams. So I’ve done my celebrating and now it’s time to get ready to cook all over again. Man, I love BBQ… Malcom Reed Connect on Facebook Follow me on Twitter Subscribe to my YouTube Channel Find me on Google+ Follow me on Instagram