For this week’s newsletter I had my local butcher cut me some 1” thick pork loin chops. Thick chops like these are excellent on the smoker and it doesn’t take as long as you might think. I keep the recipe fairly simple but we get a ton of flavor into the meat by using a brine. Also the layered seasonings add a nice touch on the outside so you don’t need a sauce with these chops. Here’s what you’ll need: If you can’t find thick chops in the meat counter, ask you butcher to cut you some. You want them about 1” thick or about the width of two fingers. Save the thin chops for grilling or frying. 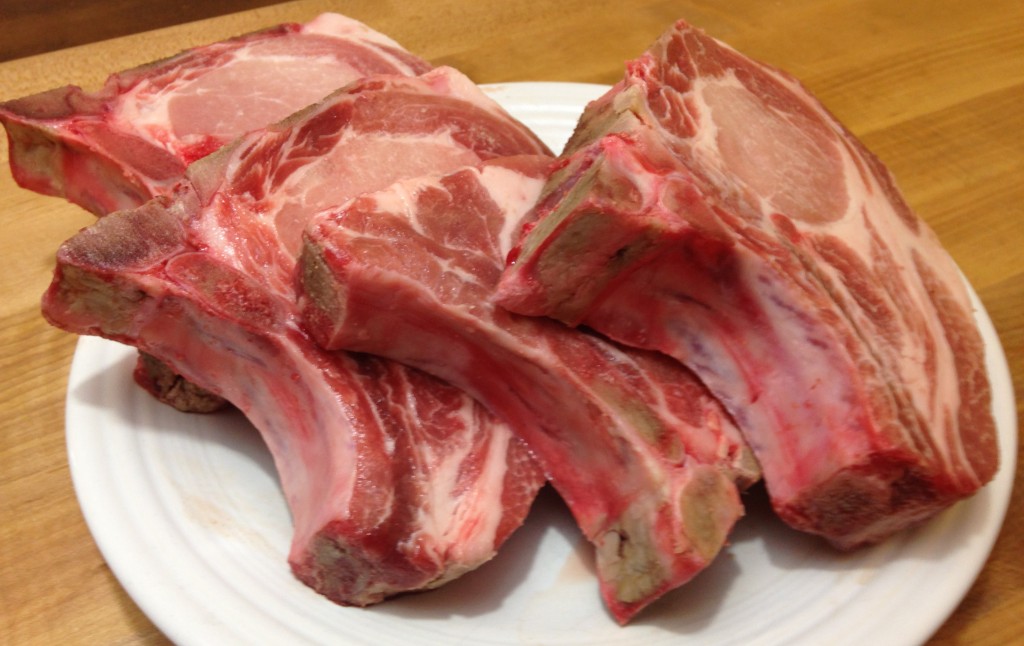 Loin chops have a pretty neutral flavor do to low fat content, but it’s the perfect meat for absorbing seasonings either from injecting, marinating, or especially brining which I’m doing today. Normally a brine takes a long time to distribute throughout large cuts, but these chops soak it up in a couple of hours. Here’s the Apple Brine recipe that I use: Heat 32 oz of Apple Juice in stock pot. Add sugar, salt, and dry rub and continue to heat until dissolved. Remove from heat and add remaining 32oz Apple Juice. Allow the brine to cool before using. You can make the brine ahead of time and hold it in the refrigerator until ready to use. I use a large 2.5 gallon ziplock bag for brining chops. Place each one in the bag and pour the brine over the top. I suggest placing the bag in a large bowl or container that will catch any excess just in case it leaks. Get as much air out of the bag as possible and move the chops around a little to make sure they’re completely covered. Place the container in the refrigerator for 2 hours. About 30 minutes before the chops come out of the brine go ahead and start the smoker. The cooking temperature needs to be right at 250 degrees with light smoke. I stick with cherry wood for loin chops but any mild fruit wood is great. If you’re using a charcoal or propane grill, set it up for indirect cooking. We want to slow the cooking down so the meat gradually comes up to temp. After two hours remove the chops from the brine and drain any excess liquid. Let them sit out for 10-15 minutes on the counter before seasoning. 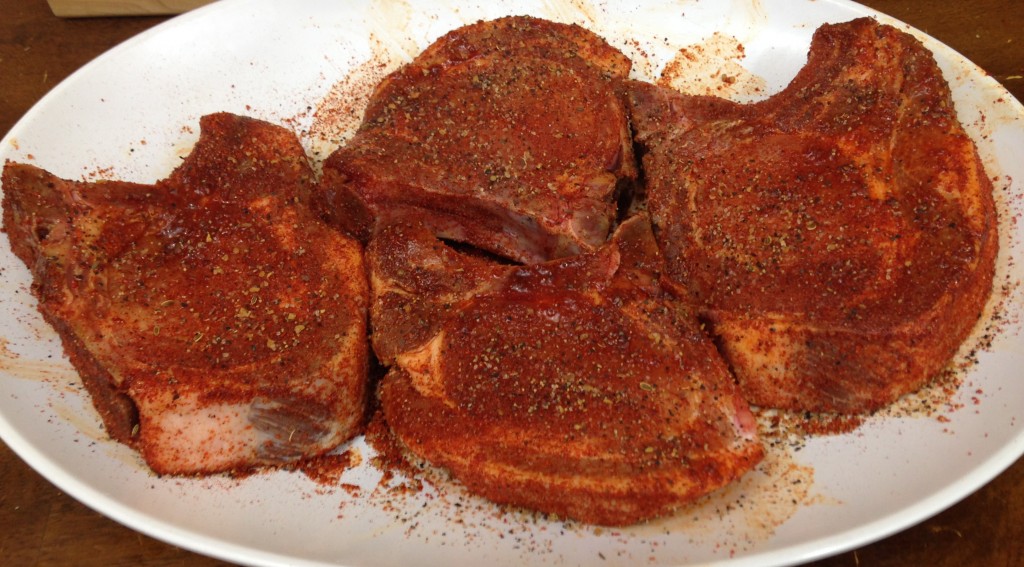 The brine adds flavor and moisture to the inside of the meat, so now we need to get some on the outside. I start with a base coat of The BBQ Rub. It doesn’t have to be heavy; just get a good covering on all sides. On top of that I sprinkle on a little Montreal Steak Seasoning. The contrast in texture creates a slight crust and the coarse grains of pepper add a little kick. I use Montreal on beef buts it’s also good on pork and even chicken. 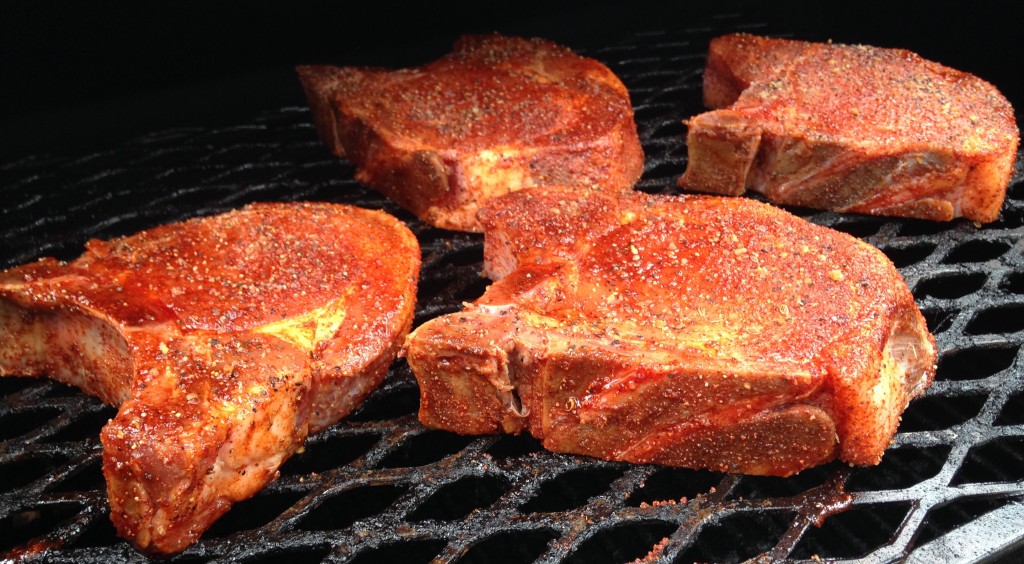 Place the chops on the smoker and keep an eye on the internal temperature. Even though we’re cooking at 250 these chops don’t take long. The target temperature for loin chops is 145 degrees, but you want to get them off at 140 to allow for 5 degrees of carry over. Taking these chops too far isn’t something I am looking to do – that is why I always use a Chef Alarm. I set the target temp and it will alarm when I get it there. It’s hard to overcook a piece of meat with one of these. They run $59 and are worth every penny. You can check one out here >> You can expect a 1 ½ hour cook time. As soon as I see 140, it’s time to get them off the pit. It’s also a good idea to check the other chops to make sure they’re at the same temperature.