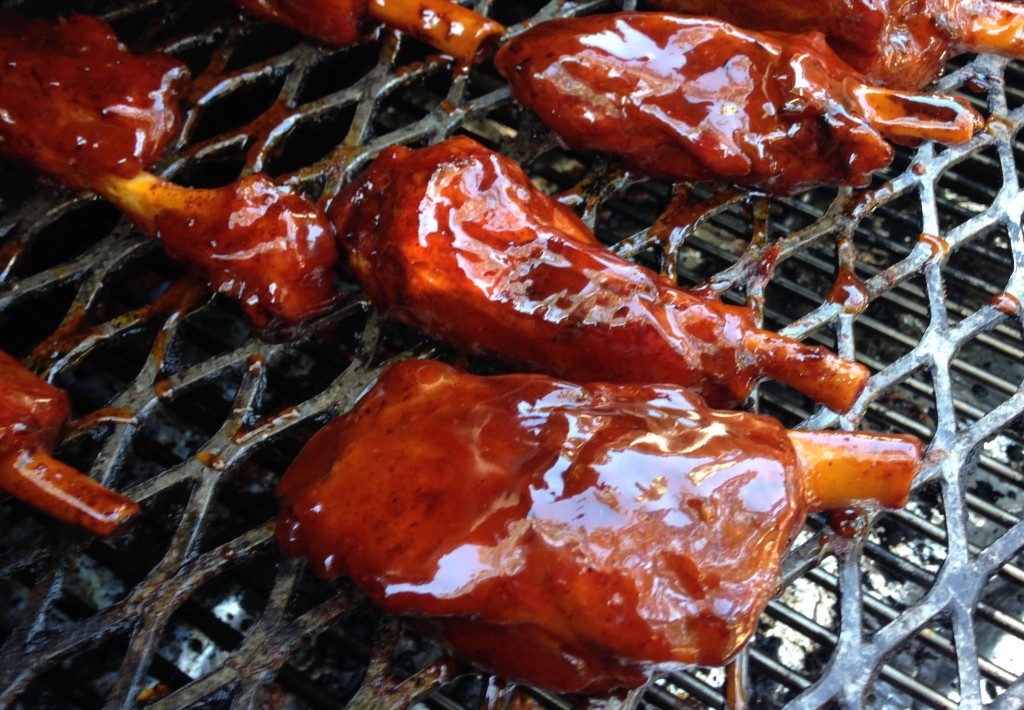 Since the season started, I’ve been doing a weekly video on football foods. Well, this week I tried something that was brand new to me called Pig Wings, and they’re so good that I had to include them in a newsletter. The pig wing is actually a portion of the ham shank that has been trimmed and smoked (fully cooked). And it does look similar to a traditional “buffalo wing”. Pig Wings have been around a while but I couldn’t find them at any of my local grocery stores, so I asked a local butcher if he could source them. All it took was a quick phone call for him, and I had the pig wings in 2 days. The brand that I bought was Farmland and they came in a 12pc bag for $16. Pig Wings come fully cooked and directions on the bag suggest several options for how to prepare them. They can be grilled, deep fried, or simply warmed in the oven; but I knew going in that I wanted to get them on the smoker. Here’s how I did it: First the pig wings need to be completely thawed. Place the bag in the refrigerator overnight and let them slow -thaw until the next day. Even though these wings are fully cooked there isn’t any seasoning on the outside, so I hit them on all sides with a little bit of The BBQ Rub. 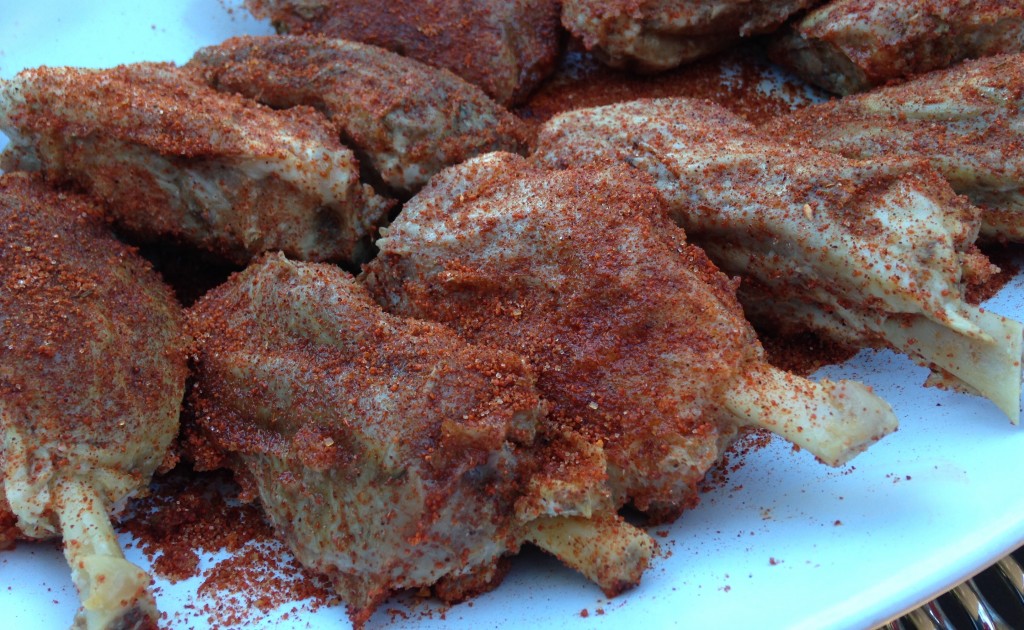 While the wings come to room temp go ahead and fire up the smoker. The cooking temperature I use is 275 degrees with a little smoke. I used cherry BBQr’s Delight pellets for a light smoke flavor. The wings are pre-smoked so you don’t want to overpower it by using a heavy wood. Once the smoker is up to temp, place the pig wings on the grate and let them cook for about 30 minutes. I doesn’t hurt to take a quick look at them at the 15 minute mark just to make sure one side is not getting to dark. If you see a few of the wings getting done on the bottom flip them to the opposite side. Pig wings need to reach 140 internal for serving… and after 30 minutes they are right there. The sauce I used to glaze was pretty simple. Here is the recipe: I just dunked each pig wing in the sauce and put it back on the smoker to glaze for about 10 minutes. And that was it. All that was left was to dive right in. I was a little nervous about these pig wings because they come pre-cooked – and they aren’t too pretty when you first pull them out of the bag. But I gotta say… I was pretty impressed with the final product. It would be hard to mess these up. I’ve still got a bag in the freezer I want to try out on the grill next time I’m at home watching the game. Malcom Reed Connect on Facebook Follow me on Twitter Subscribe to my YouTube Channel Find me on Google+ Follow me on Instagram