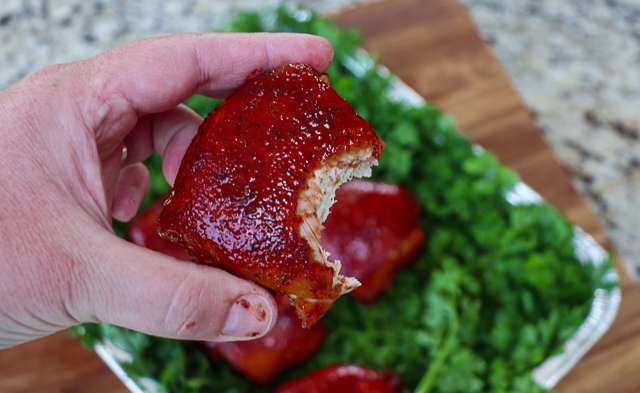 If you’re looking to improve your competition chicken thigh scores in KCBS, then you’ll want to check out this video. I brought in Eric Lee from Fire Dancer BBQ to show us his technique for producing a proven, “180” winning chicken entry. Eric has 19 first places calls for KCBS Chicken – and right now is ranked 18th in world in Chicken…. so of course I wanted to learn his method… Eric cooks fresh, air-chilled chicken thighs (16 total) for a typical KCBS contest. He looks for thighs that are the same uniform size so they’ll cook at the same rate. Brands like Bell & Evans, Smart Chicken, and Springer Mountain Farms are a few that he’s had success with in KCBS. He buys them by the case to ensure freshness and sorts through them individually by weight.

Once he has the 16 individual pieces, it’s time to trim. Here most people (me included) spend a couple hours on the chicken trim, but Eric has found that less is more when it comes to trimming chicken. “You want the chicken to look like chicken”, says Eric. Trimming it down too much or taking too much meat off the bone takes away from the entry. Eric squares each thigh by removing the “oyster meat” and a little off the sides where there’s always a little fat pocket. He also locates any vein or tendon that may be protruding on the meat side and gets rid of it along with the cartridge pocket at the end of the bone. It only takes a minute per thigh and he makes it look too easy. The thighs are then ready for the contest. He repackaging the thighs in trays, wraps in plastic wrap, and keeps them on ice until he’s ready to work them at the contest. 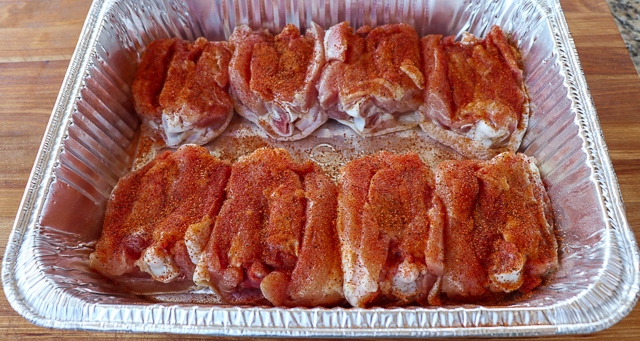 At 4:00am on Saturday at a typical contest he lights his Jambo Pit and gets the chicken out of the cooler. Each piece is placed skin down in a half size aluminum pan and seasoned on the back (meat) side with Fire Dance Chicken Rub. The pans go back on ice for 4 hours while he cooks the big meats. 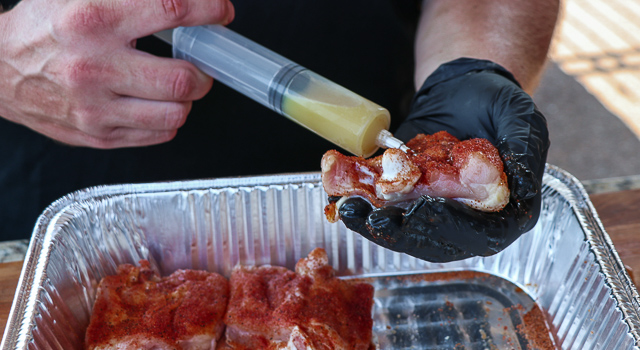 At 8:00am the thighs come out of the cooler, and each is injected with Butcher’s Original Bird Booster then place skin side up in the pan. The tops are seasoned with more Fire Dance Chicken Rub – http://bit.ly/FireDancerChickenRub and the pans sit on the counter until time to go on the pit. 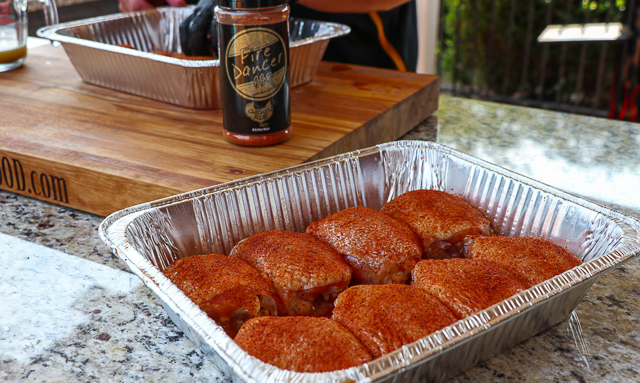 His Jambo is running about 310 degrees at this point and he places a piece of wood on the hot coals. In comps he runs Peach but at my house we used Hickory. The chicken pans go on the far left side of the Jambo (closest to the exhaust) and are left alone for 30 minutes. Eric stresses this part of his process is crucial. He doesn’t want anyone opening the pit while the chicken is cooking. After 30 minutes he tops each thigh with a pat of margarine and places a lid over the pan. The chicken cooks for another 90 minutes and it’s time to glaze. There’s no checking internal temp or messing with the pit. It’s all time and temperature.

The chicken is fully cooked at this point (I’m guessing somewhere around 200 degrees internal), and all it needs is a glaze. Eric didn’t share his exact sauce recipe but he hinted that everyone should know what it is. I’m fairly confident it was a mixture of Blues Hog Original and Blues Hog Tennessee Red. He did say that it wasn’t 50/50, but I don’t think you could go wrong with any sweet sauce cut with a vinegar sauce. 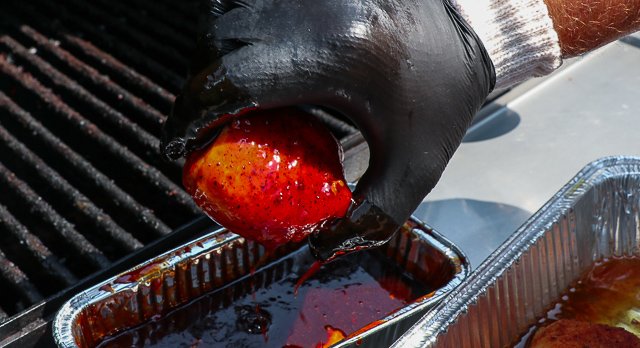 The sauce is heated just a few minutes and each thigh is dunked and placed on a wire cooling rack over on the hotter side of the pit. He lets them glaze for 10 minutes and then it’s time to put the chicken in the turn-in container. I asked Eric if he ever tastes the chicken before he turns it in and he said never. “If you stick to this method, it’ll turn out great every time”. He gets away with not scrapping the skin because he’s cooking the chicken at a higher temp and he covers it for 90 minutes. This process renders the fat and produces bite-through skin every time. I’m going to have to adopt his technique and see if I can beat him at a contest soon! 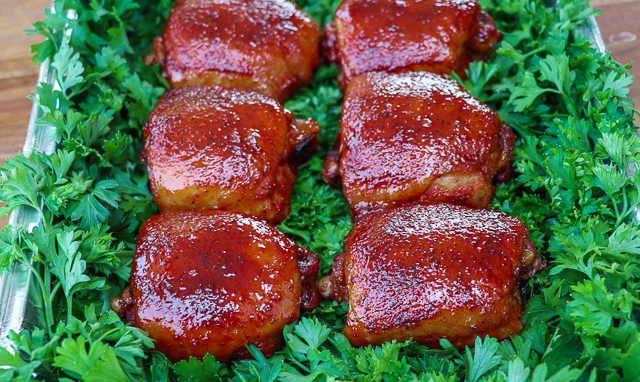 The thighs were tender and packed with moisture. The flavor was balanced, and you could pick up on the savory and sweet notes without it being too much of one flavor. I think the Hickory added the right amount of smoke flavor but I will be trying Peach just as soon as I can source some. 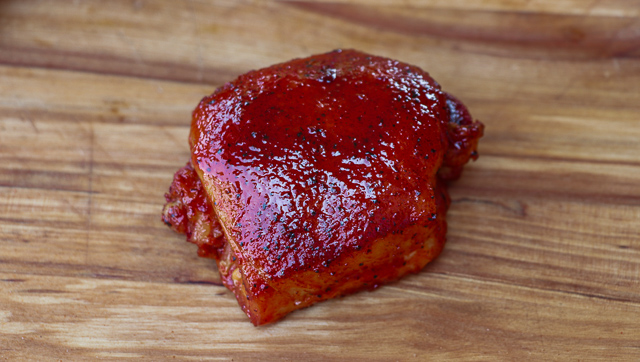