“Go Big or Go Home” is the motto I stick too when it comes to my Fantasy Football Draft. I’ve been playing in the same league for over 10 years now, and since I’m the pitmaster extraordinaire of the group, I get to host the draft day festivities. Every year I try to make it bigger and better than the last; and this year was no exception. Hosting a draft party isn’t difficult but it does take some planning. From crafting the menu, to shopping for supplies, and cooking all the delicious food; you have to have a game plan. t could easily flop as bad as your draft if you’re not prepared! 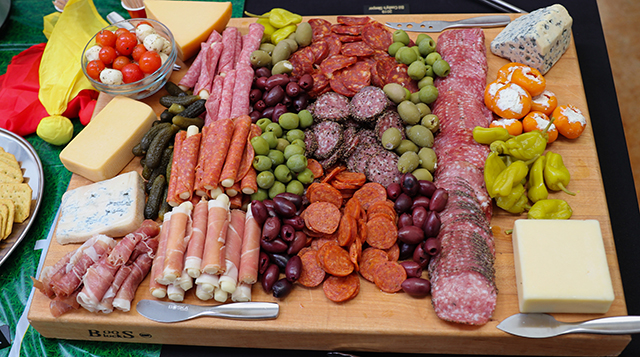 I was quite proud of the menu this year. For starters I built a huge charcuterie board (fancy name for cured meats on a cutting board) with cured sausages, different types of cheese, stuffed peppers, olives, pickles, and marinated veggies. You can get pretty creative with a meat board; there’s no right or wrong way to do it. I do think it looks better if the board is full so choose your serving board accordingly. 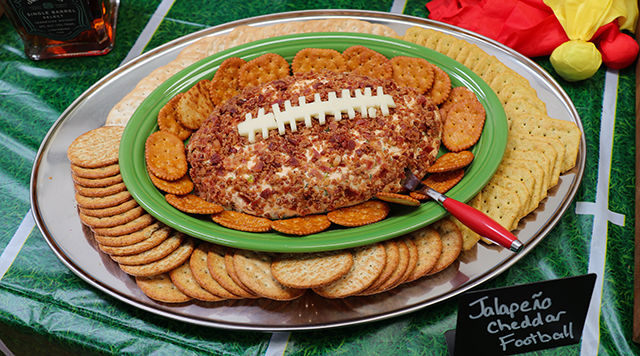 To go along with the charcuterie board I served a homemade jalapeño cheese ball in the shape of a football thanks to @mssouthernchell. She whipped up cream cheese, sharp cheddar, pickled and fresh jalapeño, bacon, and green onion mixed with a ranch salad dressing packet. The whole thing was wrapped it in saran wrap in the shape of a football and chilled it in the refrigerator. Just before serving she added crumbled bacon to the outside and cut a little mozzarella into the shape of the laces. We also made our version of Rotel Cheese Dip (kicked up Queso for those of you not in the South). We start with 1lb of spicy breakfast sausage, 2lb velvetta cheese – cubed, 1 block of cream cheese, and 1 can of Rotel spicy tomatoes and peppers. The whole thing goes in a crock pot on low, and as the cheese melts, it makes a delicious hot dip. Now for the meat… First on deck had to be Ribs (our league is called Ribs & Whisky after all). I choose spare ribs because I like big, meaty ribs. I found some nice whole spares at the grocery store, so I broke them down myself into St. Louis cut. 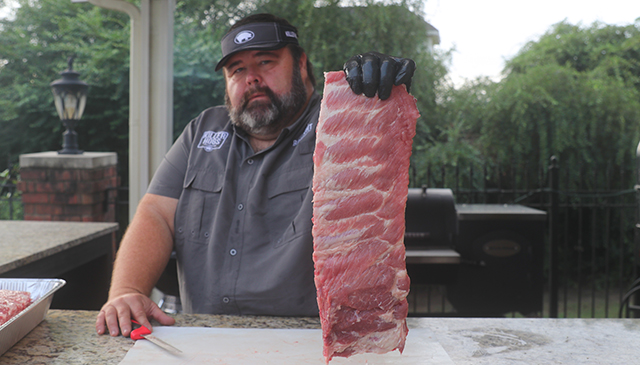 The trimmings make a great pit master snack as well, so don’t just thrown those away. I followed my Malcom’s style rib recipe pretty much to the T on this cook. I did use my buddy Mark’s Outlaw stickburner for the cook since he hasn’t reclaimed it yet! The Outlaw did a fine number on the ribs and I don’t think any bones were left at the end of the night.

To go along with the pork I had to serve some beef so I choose Reverse Seared Tri Tip with my creamy horseradish sauce or fresh chimichurri (dealers choice on which sauce you wanted). The tri tip was first smoked on the outlaw until the internal temperature hit 115° then I moved it over to a hot Weber grill set up with grill grates to sear the outside. Once it hit 125° internal on the Weber it was wrapped and stored in a dry cooler with the ribs until ready to slice. 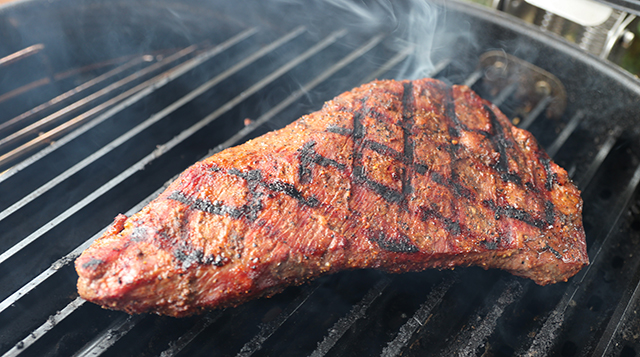 Last but definitely not least was the Jerk Pork Sliders. Sliders are an excellent choice for any kind of party because they’re bite size sammiches. For this recipe I took all the elements of my “Big Mon” Jerk Burger and substituted pork tenderloin for the meat. The spicy calypso sauce and pineapple relish went so well with the pork tenderloin that I may do another version of that for a stand alone video. I can see it going really well on a big Jerk Pork steak sandwich. 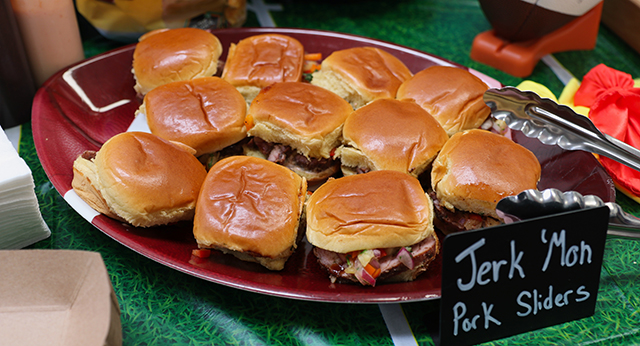 Once everything was cooked and holding in the dry cooler, we drove over to the draft and begin to set the spread. I recruited Mark Williams from Swine Life to help me cook all the food and he also volunteered to help us get everything ready for the party. We set up a quick carving station for all the meat. The pork tenderloin was sliced first and the sliders were assemble in no time, then the tri tip was thinly sliced and arranged on a board with two sauces. Lastly we cut the ribs into single bone pieces and put them back together on another board. It all came together in a matter of minutes thanks to Chell and Mark and some genius planning.

If you’re going to tackle a party of this magnitude all it takes is a game plan. Create your menu, make a shopping list, plan out the cook, and the battle is won. You can count on everyone enjoying the hard work. Here’s to next year’s Draft!! SKOL!! Malcom Reed Connect on Facebook Subscribe to my YouTube Channel Follow me on Instagram